There was no margin for error, any precipitation on the roofing membrane would have adverse effects on the protective capabilities of the coating material and result in it to be redone. The project had to be completed without schedule delays.

A lean to roof (mono pitch) was erected running from the existing building out to the sidewalk. It was supported using a series of scaffolding towers, tied together using various supporting 750 beams. Weather protective sheeting was used to cover the roof structure and ensure it was rain proof.

The roofing solution meant that the weather protective membrane applied was successful due to eliminating all weather risks. The task was completed on schedule without delays or reworking.

The sheer size of the roof length was a challenge to plan and ensure it could be completed effectively and in a speedy manner.

In addition the elevated site allowed for the site being afforded by adverse weather conditions exposing the project to high moisture content, heavy rainfall and strong winds.

To ensure the roof was completed quickly the 450 system beam was used, the snap fittings allowed for ease in install. 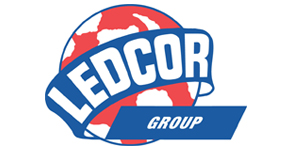 “On a project where schedule could not be compromised, the enveloping of our structure allowed for the building to be built from the inside out, and allowed for scopes typically governed by weather to proceed. This contributed to the recovery of several months in delay which otherwise would not have been avoided. The roofing product surpassed my expectations and consistently delivered quality workmanship while maintaining and complying with all safe work requirements on site. “
Tom Andrews, Superintendent, Ledcor Construction Limited

Due to the poor condition of the roof being damaged and leaking it was a highly time sensitive project that needed to be completed before the spring of 2014. The Dome was to remain open throughout the project duration. Inside the Dome the wildlife needed to remain in its shelter throughout the project duration. The adverse winter weather conditions of heavy rainfall, severe winds and snowfall were external factors that needed to be accounted for.

Two heavy duty beams were constructed spanning 180ft in length, the beams were placed on 4 towers to support the main structure of the roof. A prefabricated roofing system known as Clear Span was used to form the roofing components and it was covered with a mix of weather protective clear sheeting and Keder.

The roof was completed in 6 weeks and was the largest free spanning roof in North America at 180ft.

“The innovative solution to the project ticked all the boxes for us in terms of allowing the restoration works to be completed throughout the winter period and within schedule. It was completed safely, on time and within budget.”

There was stringent safety restrictions implemented by the airport authority due to the fact that the site was situated in a working airport with aircraft in situ to the construction project. The open nature of the project resulted in severe high winds, making working conditions difficult to work. The tight timelines afforded on the project resulted in scaffolding being on the critical path so there was no margin for error in the erection of the project.

To ensure the project ran on time a modular temporary roof was constructed. There was 3 fully crane able 50ft roof sections used on the project to protect it. A modular roof was chosen due to the speed and ease to erect and built on the ground. The roof was built on the ground and craned in position. A portion of the roof was mobilized using a track and rail system which ensured the roof could be opened and closed to allow material to be craned into the building.

“For the YVR A-B Connector project to run on schedule throughout the winter Months we used the Clear Span Temporary Roofing System to cover large areas of the roof to allow for waterproofing to be carried out in all weather conditions.

The Temporary roof’s were cycled around the project in order to stay ahead of the trades fitting out in the 3 floors below. Without this system it would not have been possible to keep to the construction schedule. We will definitely go this route again on a similar project.”